Over the weekend several members of the USRFD finished filming footage for our 2016 recruitment video. A home scheduled for demolition was used during the footage. Stay tuned for the video airing soon. 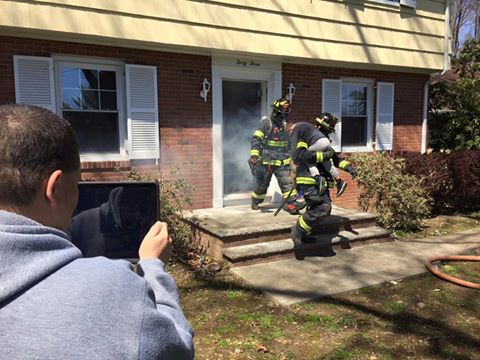 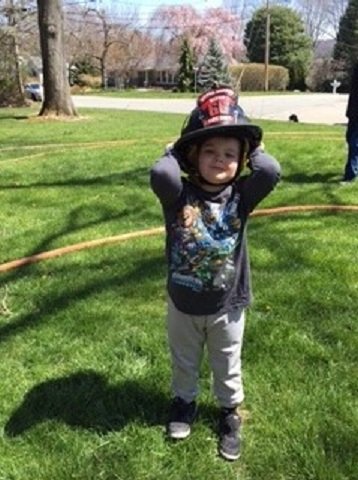 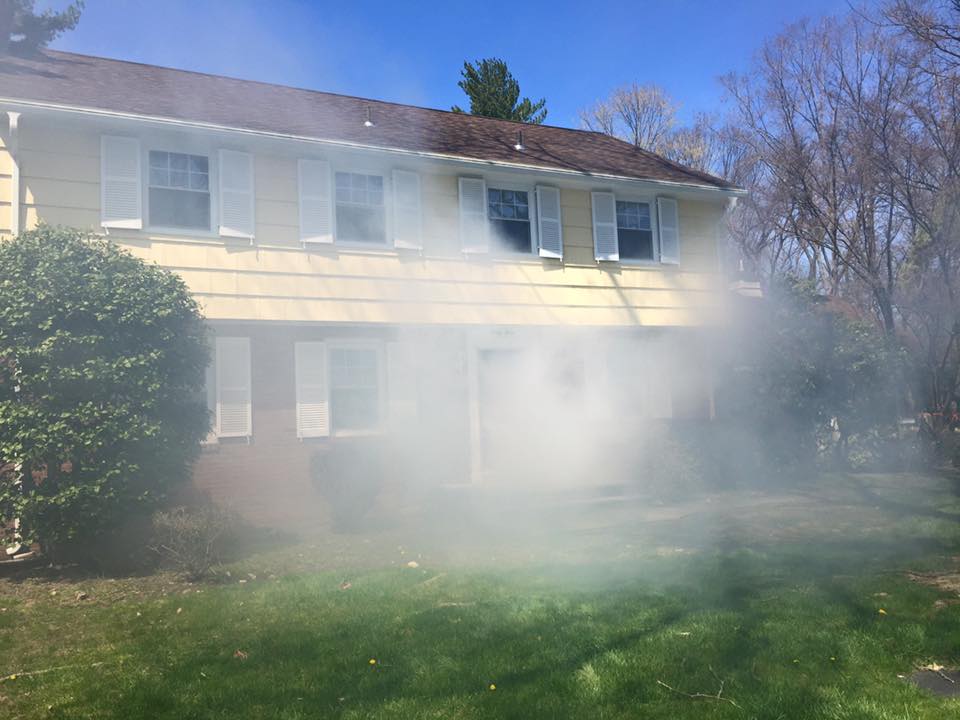 At 1:43am on Sunday, the USRFD was dispatched to assist the Saddle River FD set up a medivac landing zone while their crews, alongside Allendale FD rescue operated at the scene of a motor vehicle crash. Chief Vierheilig, Asst Chief Rauch, and Engine 1231 responded and set up the LZ on a field in Saddle River. Once the helicopter touched down, the patient was loaded in and it took off to a local trauma center. Once clear, all units returned.  Later  at 4:16 pm the USRFD was dispatched to a home on Overbrook Road for a reported chimney fire. Chief Vierheilig called into service immediately and requested a ladder truck out of Ramsey. USRPD and Chief Vierheilig arrived on scene to find heavy smoke coming from the chimney. Engine 1232, Tanker 1233, 2 Ramsey Chiefs and, Ramsey Ladder 442 all responded. Crews used fire extinguishers to extinguish the fire, and overhauled the fire box in the fire place. Once the fire was extinguished the home was turned over to the homeowner and units returned. Thanks Ramsey, New Jersey Volunteer Fire Department for the assist!

Last night, at 10:18 PM, the USRFD was requested to a home on Hidden Glen for a tree that went through a window. Chief Vierheilig, Asst. Chief Rauch, Rescue 1242 and Engine 1232 responded and boarded up the window for the resident. Once the window was boarded up, the crews returned back to headquarters. 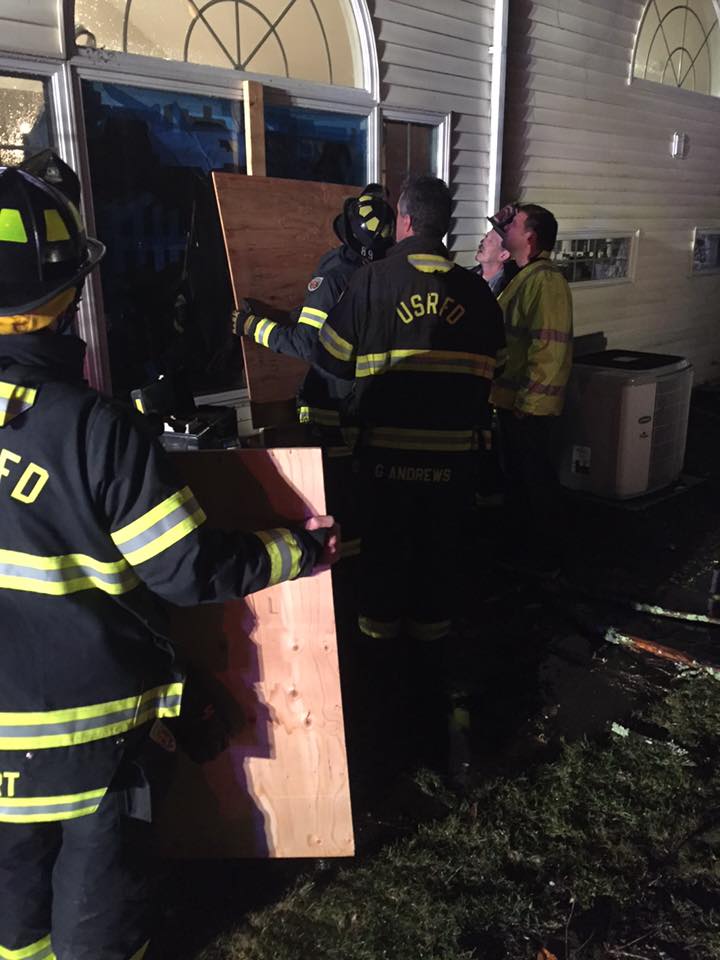 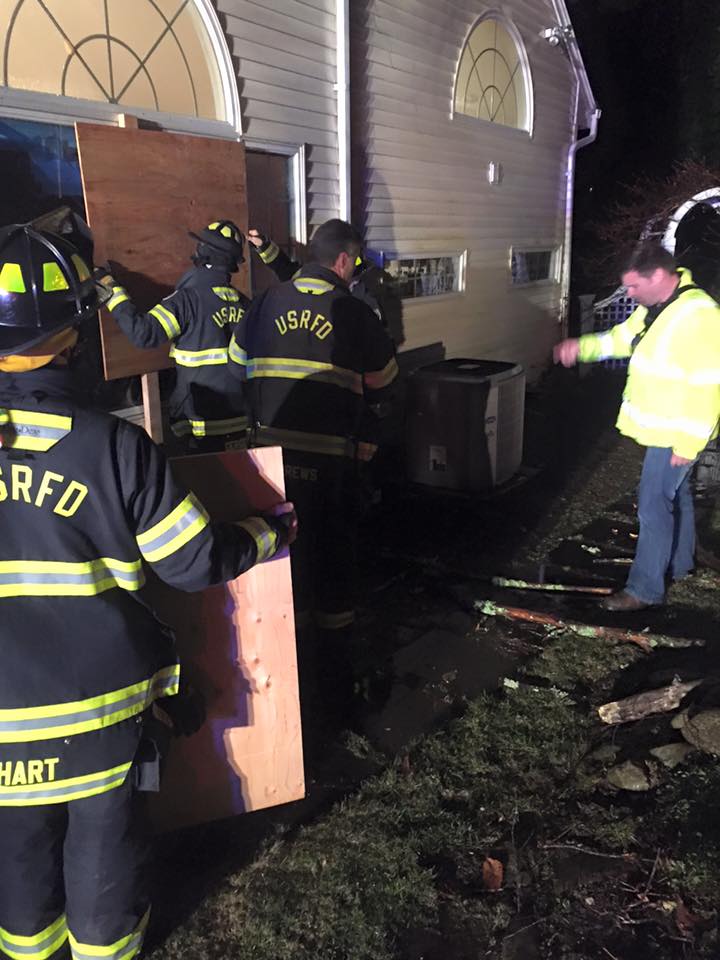 Last night’s drill had the members of the USRFD reviewing rescue techniques.  First the members reviewed air bag and stabilization usage on a vehicle.  Second stage was a unique drill where the members honed their precision skills with the extrication tools by playing a game of “Jenga” using the combi tool and spreaders. On Saturday morning, the USRFD was dispatched to a multi vehicle accident on Route 17. Rescue 1242 and Engine 1231 responded. Crews secured the vehicles, contained a fluid spill, and assisted tow company to clear the roadway. Once clear all units returned.

Yesterday afternoon the USRFD was dispatched to Mahwah for a working fire in a condo complex on Juniper Court.  Engine 1231 was initially assigned to cover Mahwah Co. 3 but was re-assigned directly to the scene.  USRFD assisted the Mahwah FD and multiple mutual aid departments from Bergen County and Rockland County (NY) in extinguishing the blaze.  Special mention to the Mahwah Police Department who saved a 9 year old girl that fled the blaze by jumping from a third floor balcony into the arms of three Mahwah Police officers.  Great job by all first responders.

Firefighters battled a basement fire this morning on Holly Drive.  The fire which appears to have started in the furnace room and extended to the first floor is under investigation.  Mutual Aid was provided from Saddle River, Mahwah, Ramsey, Allendale, Waldwick and Wyckoff.

Please help us help you.  If you have a fire hydrant in front of,  or near your residence please take a few minutes to clear the snow away from the hydrant.  In the event of an emergency it is vital that the hydrant is visible and available for immediate use.

Last night at the Mayor and Council Meeting the 2016 Fire Officers were sworn in by the Mayor.  Pictured from left to right are Chief Erik Vierheilig, Asst. Chief Larry Rauch, Capt. Craig Sklar and Lt. Brandon Bach. Today at 3:05pm, the USRFD was dispatched to set up a landing zone at Lions Park for a medivac transport for the ambulance corps. Chief Vierheilig, Asst Chief Rauch, Engine 1232, Rescue 1242, and Engine 1231 responded and maintained a safe zone for the landing. Once the patient was loaded on board and flight on its way, all units returned to HQ. 2015 Project Santa Crew! Great job by all for a very successful year! The Upper Saddle River Fire Department would like to thank all of the USR residents for participating in this years Project Santa fundraising event. This year, we visited over 70 homes and will be donating over $2000 to the Tomorrows Children’s Fund at Hackensack University Medical Center; helping children and their families accept, understand, and fight cancer and serious blood disorders. Santa is coming to USR during the USRFDs annual Project Santa fundraiser! $50 per household. Gift drop off at firehouse Wednesday December 16 and Thursday December 17 5-8pm. Gift delivery to your home Saturday December 19 4-8pm. 50% of the proceeds go to the Tomorrow Children Fund at HUMC. Contact us at usrfdprojectsanta@gmail.com or call us at 201-327-0285 for additional info.  Download the form today by clicking on the “Downloads” icon on the left side of the page and select “Project Santa 2015” from the list.